What is a State Renewable Portfolio Standard?

What is a State Renewable Portfolio Standard?

Renewable Portfolio Standard (RPS) is a policy that requires power suppliers to provide a certain percentage of their electricity from designated renewable sources.

Essentially, RPSs make it compulsory for supply companies within the state to use clean energy .

These policies came about in the late 1990s in the United States. They were first started in order to address the growing problem of global warming. By the year 2020, 42 states in the United States have created their own RPS. In the end, it is up to each state's legislature and officials to decide whether and what kind of RPS they will implement.

In 2013, the House of Representatives, Rep. Jared Polis [D-CO] introduced a measure that would set a national renewable energy standard at 25% by 2025, and increase that to 33% by 2027. The bill was meant to bring uniformity among states for renewables. Ultimately, the measure never made it to  the House floor. It was in part at the time there was little exemplary information on the financial savings impact of renewable energy.

Iowa was the first state to establish an RPS. Presently, all but 13 of the states within the United States have adopted a renewable portfolio standard. Most jurisdictions with a current or recently updated RPS have set targets of at least 40%, with 11 states opting to be 100% by the year 2045. 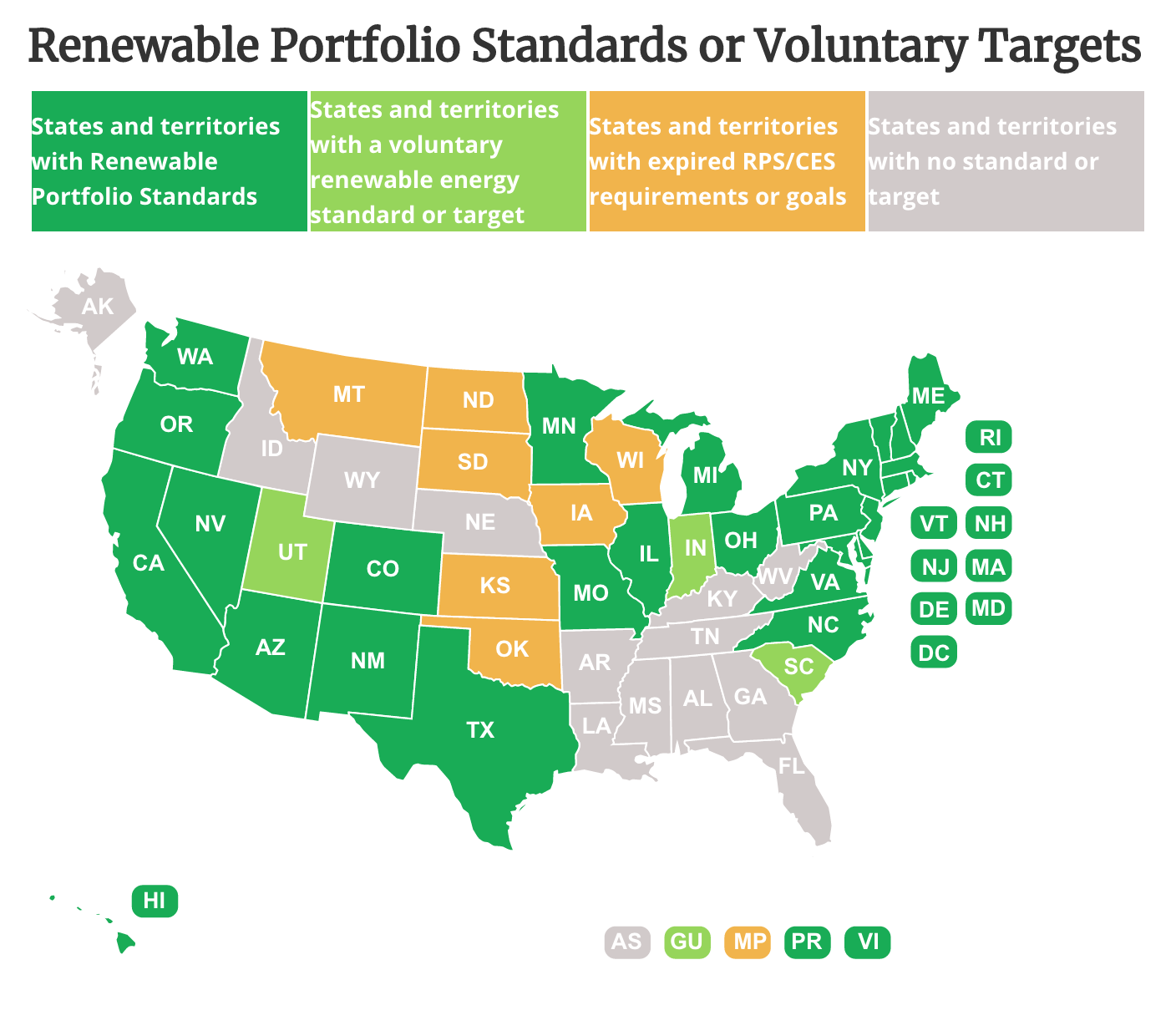 ‍How do they impact the growth of the renewables industry?

Renewable energy requirements have been a driving force behind half of the growth in renewable energy production in the United States since the early 2000s. These energy policies help to sustain the $64 billion wind, solar, and other renewables energy market.

Renewable portfolio standards (RPSs) differ considerably in terms of targets, who they include, eligible resources, and cost limits. There are also variations on the RPS known as the Clean Energy Standard, and Alternative Energy Portfolio Standard. Each with their own nuances that support the ultimate goal of clean energy.

Later we will explore exactly how the RPS's impact state policy and then we will look at what they mean for the consumer and how it plays out in the form of programs.